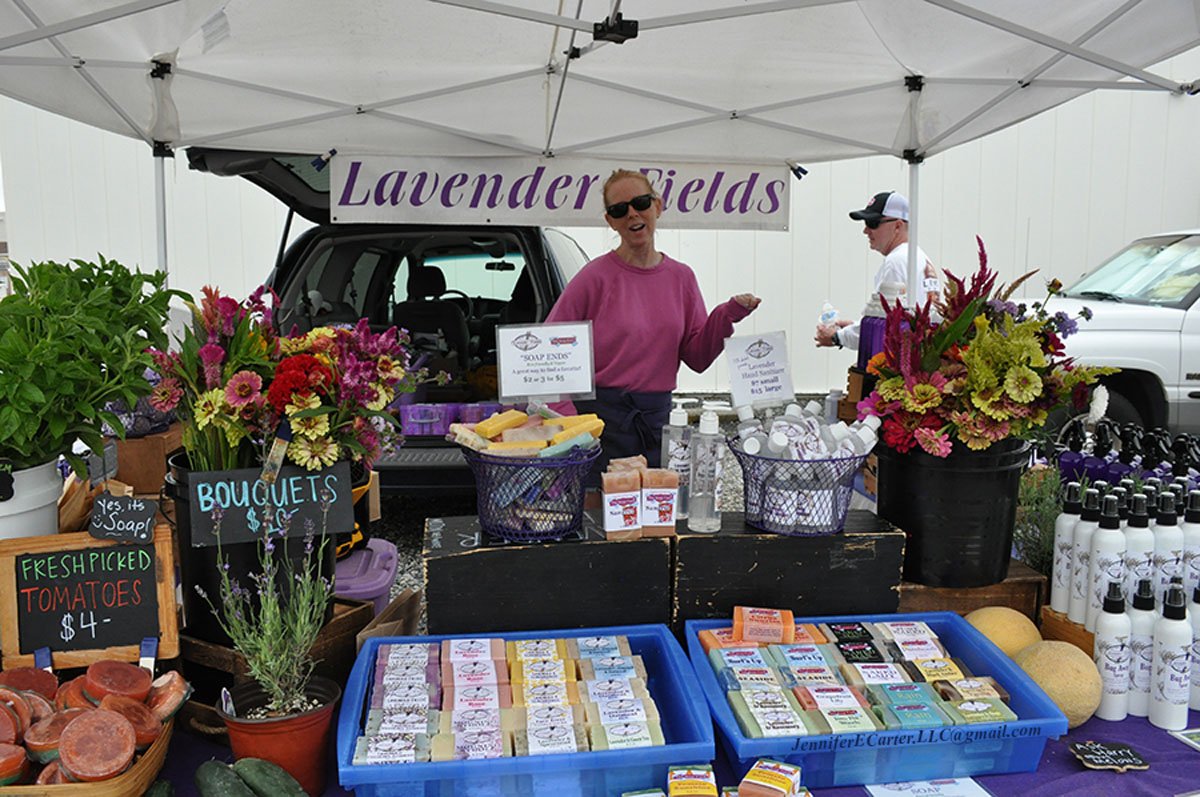 Market was bookended Sunday with rain

The Market was bookended Sunday with rain to kick off things, then a deluge that hit with a vengeance to bring an abrupt, early close. Amazingly, shoppers showed up and some vendors sold out, including Old World Breads.

Thanks to voodoo magic, called technology, we were alerted to a rapidly approaching storm. Thanks also to unfailing support from the Town of Bethany Beach, there was a very able officer on site, along with Mayor Hardiman to assist in the evacuation. All in all, it was controlled chaos, with textbook safety!

Bennett Orchards has – you guessed it – peaches! There seems to be an unlimited supply this year. Don’t be lulled by this; the sad day when Henry declares peaches are done will come.

We have oceans of peppers, tomatoes, corn, eggplant, and pumpkins are starting to pop from Wimbrow Farms’ Great Pumpkin Patch! Watermelons and cantaloupe are beautiful and continue to sell quickly! Check it all out at Hudson’s Produce, Ficner Farms, and Herbs, Spice…!!

This recipe is offered by Ree Drummond:

Set corn aside to cool.

Great summer side dish, or pour over fish or chicken.

A perennial problem we’ve heard from farmers is the crop damage by deer and other critters. Loss of habitat has exacerbated the situation to astronomical proportions – the cost is staggering. Dave of Herbs, Spice…has been hit particularly hard this year. After exhausting several supposedly foolproof options, to no avail, he has invested in an additional growing tunnel – the time and expense are significant. Lavender Fields fares well, as deer are repulsed by lavender. Ficner Farms gives up early crops like strawberries and early corn to deer. Once their neighbors’ soybean crop sprouts, the deer refocus their devastation. The State of Delaware allows additional antler-less “tags” to help control the population, but not during the growing season! There are no easy answers, and continued development will continue the rise in crop damage.

We have the most faithful shoppers who are not deterred by threats of rain or worse – we also have dedicated volunteers whose enthusiasm cannot be dampened – we are fortunate, indeed!!!