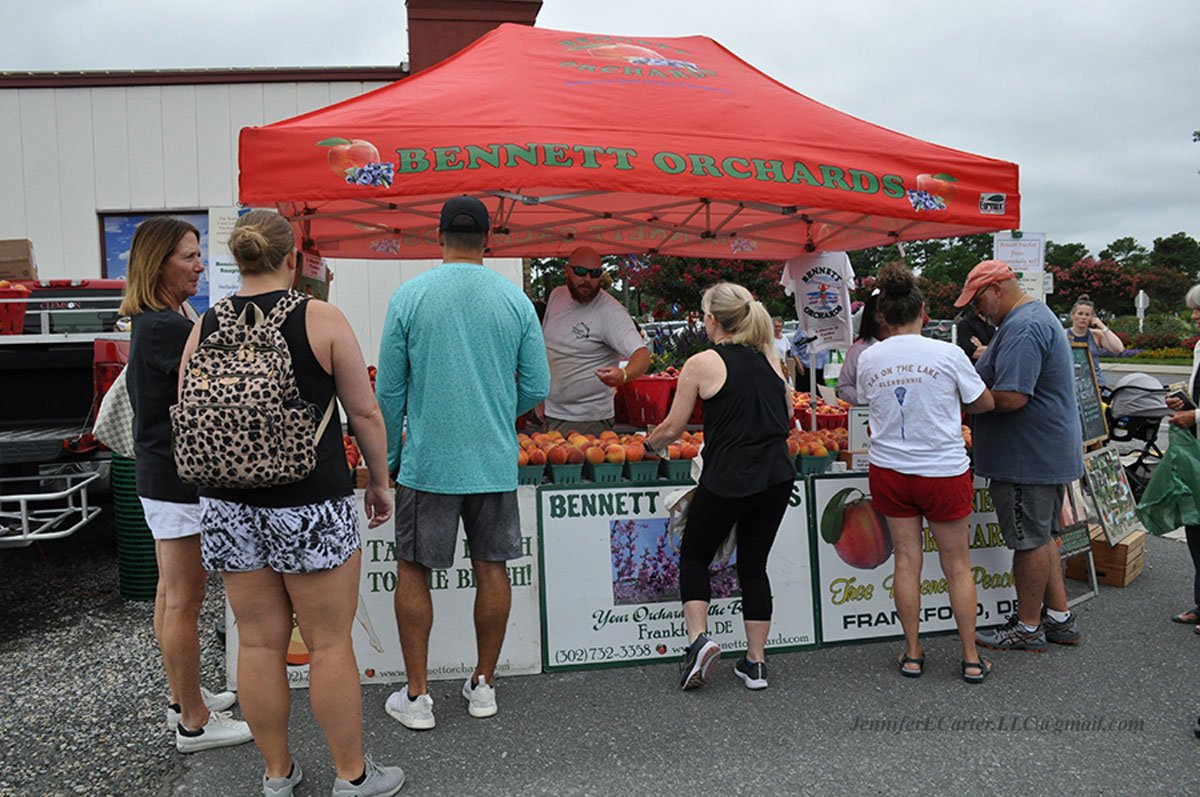 We had record-shattering attendance again with 2,403 shoppers! That is almost 15 times the population of Bethany Beach in 1960!
Bennett Orchards had a banner day with peaches galore; and yes, nectarines have arrived! This splendiferous fruit will be back again next week!

Ficner Farms along with Wimbrow Farms are picking tons of tomatoes and corn right now, perched next to all sorts of other home-grown, hand-picked produce. Corn, especially, sells out fast – shop early!

A deliciously fun tip was shared by Market Maestsro, Carolyn. She recalls her grandfather, with patience and anticipation, feathering kosher salt on his cantaloupe each morning. Having failed chemistry, I cannot even guess what’s going on with that, but a smattering of salt most certainly brings out the sweet in loupes!!

We have an old favorite recipe from the Shroom Queen to share – straight out of Mary Lou Tietz’s archives!

Til next Sunday – have a blast at the beach, and stay safe! (yes, you can do both!!)

GARFIELD & PENNSYLVANIA
Sunday – 8AM TO 12PM